In the searing heat on Sunday 9 July, Year 9 student Hattie K enjoyed a fantastic victory in the Northamptonshire LTA ‘Play Your Way to Wimbledon’ finals day competition. Hattie was victorious in the girls U14 tournament, which confirmed her entry into a week-long National finals event at Wimbledon against girls from all over the UK from 7 August.

It’s been a super season for Hattie on the court so far this year and a busy summer awaits with a week-long tour at the Hunstanton Lawn Tennis Tournament already booked in, and now a week at ‘the home of tennis’ pitching herself against some of the very best U14 players in the country. Perhaps most importantly, it’s a lesson in resilience and determination after Hattie finished runner up in the same competition in 2021, missing the chance to compete on the famous grass courts – and immediately made it one of her targets for this season. She has worked incredibly hard to move on from last years, disappointment to now preparing for a dream come true moment in a few weeks’ time.

The main problem she has is that she can’t wear her usual colourful outfits and will have to be decked out head to toe in white only! Good luck Hattie! 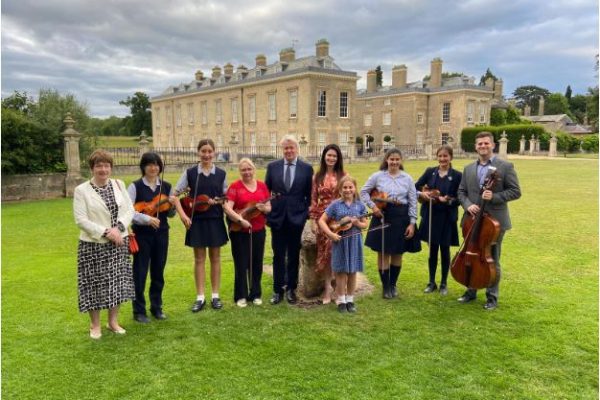