There is a wide group of committed and well trained teaching and non-teaching staff at Northampton High School, working hard to enable the girls to achieve their best, in a perfect environment for learning and developing. They are led by a hardworking senior leadership team, who bring a broad range of experience and expertise to their roles but who all share a passion for the very best education for girls.

Originally from Birmingham, I was educated at an all girls’ school before completing my first degree in Information and Library studies. Having spent a number of years growing, computerising and running a large resources centre at Bromsgrove School, a boarding and day school in Worcestershire, I found myself increasingly interested in both the academic and pastoral life of the pupils at the school. A great believer in seizing opportunities as they arise, I was soon to find myself going from dabbling in teaching a little lower school ICT, to devising the schemes of work and teaching the very first A Level Applied ICT course in the school. The new A Level course was a success and ultimately led me to a change in career which saw me becoming a newly qualified teacher through the Graduate Teacher Programme.

Bearing in mind the ‘seize the day’ approach once more, I also took on the role of Head of Academic ICT, which serendipitously became available, during my NQT year. I also enjoyed taking on responsibility for the Lower Sixth as Assistant Head of Year, editing the school magazine and putting my librarian training to good use as the co-ordinator of the Extended Project, when Bromsgrove became an IB school.

It is fair to say that a boarding school is an excellent training ground for the pastoral practitioner and as much as I enjoy the academic side of school life, I increasingly found an interest and perhaps even a vocational calling, in the pastoral aspects of school. After an opportunity arose to be a maternity-cover Houseparent in a boarding house for a year I realised that this was a route that I wanted to pursue. So in 2011, I moved to Wycombe Abbey School to take up the role of Housemistress to 45 girls aged 12-17. Living amongst the girls and nurturing them through the academic and pastoral sides of their school lives is an absolute privilege and although it requires a person to give much of themselves to ‘the job’ I found it incredibly rewarding and a wonderful education for me too. After becoming Head of Boarding I then moved into the role of Head of Sixth Form, living with and mentoring Upper Sixth girls. Having gained a wide experience of educating girls and of many aspects of running a school and after recently completing an MA (Leadership) and the UCL Institute of Education, I was delighted to join Northampton High School as Deputy Head (Pastoral Care and Guidance). It is a school with values that echo my own and I thoroughly enjoy the stimulating and challenging  environment of an all girls’ school with such a wide range of experiences on offer for the girls.

I’m married to Graeme and between us we have three children. I enjoy long walks, geocaching and knitting when time permits. My two major passions though are reading and music.

I was born in London and grew up near Stratford-upon- Avon. Following secondary school, I chose another historic English setting for my Modern Languages degree; Canterbury, and I have lived abroad in both Spain and France. As well as my BA, I also have a degree in French Language and Literature from the Université Jean Moulin in Lyon and a Master’s degree in Education. I completed my PGCE in Modern Foreign Languages in 1998.  Before joining Northampton High I held a number of roles in schools, ranging from examinations officer to pastoral leadership and finally to departmental head for Modern Languages. At my last school I also chaired the Curriculum Board which influenced the school’s overall academic direction and inspired my passion for all things pedagogical.

I joined Northampton High School as Director of Studies and became Deputy Head, Academic in 2012. The highlights of my time at the school so far have been setting up a variety of academic programmes such as the Laureate scheme in the Sixth Form and the Digacy programme, as I believe these have empowered teachers and students to bring new energy to their teaching and learning.

I currently live in South Northamptonshire with my wife, Emma, a GP, and our children. Coming from a big family, I have a good understanding of what makes children thrive and it is always a life-affirming experience to be amongst young people. I try to bring a sense of positivity with me to school and have a simple philosophy of education; students work best when they have a calm environment where their individual dreams and ambitions are cherished and supported.

I am passionate about improving equality of opportunity and I feel that working in a GDST school with such vibrant and diverse pupils offers me a real chance to encourage the next generation to strive for change in the world.

I was born in Germany, where I lived until I became a chorister at Westminster Cathedral in London. I still love music – especially Gregorian chant and renaissance polyphony (“very niche”, I am told) – and have recently joined the school orchestra as a violinist. After A Levels at The Oratory School in Woodcote, I did my military service in Germany, which mostly involved sweeping floors. As an undergraduate, I studied English Language & Literature at the University of Oxford, where I was particularly drawn to Anglo-Saxon literature. After a circuitous couple of years, I completed an MA in Comparative Literature at University College London. I hugely enjoy the intricacies of poetry translation and have supported a number of students at the High School to enter the Stephen Spender Poetry Translation Prize.

I spent seven years in academic journals publishing, working in London and Oxford to support some brilliant academics in the social sciences. I’ve brought my interest in publishing to school, where I coordinate the student-run magazine ‘Backchat’ and helped launch the High School’s very own online bookshop. I decided to re-train as a teacher in 2013 and completed my PGCE at Oxford, where I was awarded joint winner of the Oxford Education Society’s Professional Development Programme. Aside from placement schools in Oxford, I have also taught at d’Overbroeck’s, which has given me insights into a wide range of very different schools.

I am strongly persuaded by the benefits of a girls-only education, not least because I have seen so many of our girls develop into articulate, self-assured young women who have gone on to take leadership positions in school and beyond. There’s no doubt that our Sixth Form students are a force to be reckoned with. 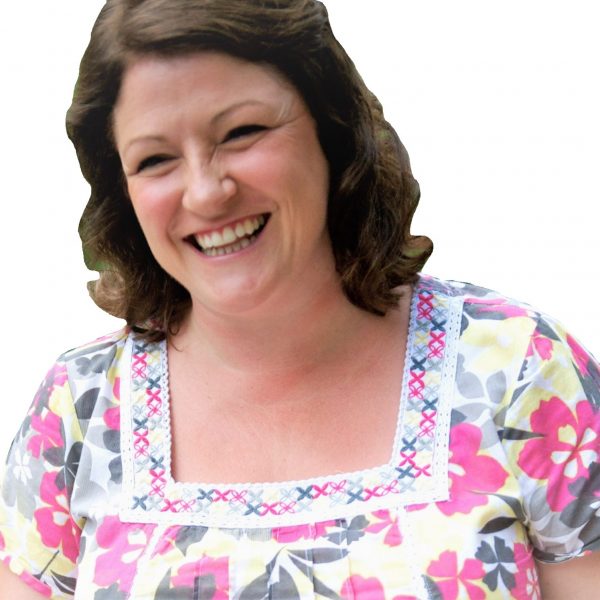 Director of Marketing and Admissions

I began working at Northampton High School in April 2016 as Registrar; in February 2018, I was promoted to Director of Marketing and Admissions and joined the Senior Leadership Team, expanding my role to include marketing and communications, alumnae engagement and philanthropy, partnerships, and admissions.

I began my graduate career as a Trilingual Assistant at Mercedes-Benz Finance in Milton Keynes, and two years later moved to join a project team to establish a financial services company in South Africa for Mercedes-Benz. We launched the company in 1997, and I progressed from Product Controller to become Marketing Manager of a team tasked with product development, marketing, and communications as well as dealer training. I then took up an international position for the Latin America, Africa, and Middle East (LAM) region, coordinating eBusiness and communications activities, and simultaneously became the Board Member for Marketing of the South African organisation.

I returned to the UK having spent a wonderful 5 years in South Africa, along with a husband and a son.  I worked as General Manager for Marketing and Product Development on the Senior Management team of Mercedes-Benz Finance UK for three years, before transferring my skills to the independent schools’ sector, firstly as Director of Marketing and Communications at Bedford High School on the Senior Leadership Team (Harpur Trust) and then as a marketing consultant. I took up the role of Marketing Manager at Quinton House School in 2013, joining the Senior Leadership Team there.

I studied for my BA Hons in French, German, and Russian Studies at Keele University and have been lucky enough to live in France, Germany and Russia, as well as travelling at every opportunity.

I have two children, a son who is studying for a Masters degree and a daughter who attended the Junior School to Sixth Form at Northampton High. It has been a privilege to see at first hand the outstanding education our High School girls receive, and to meet families who are looking for the right school for their own daughters.

I enjoy the theatre and am keen to explore all types of production on stage and screen. I am a member of a book group at home and at school. 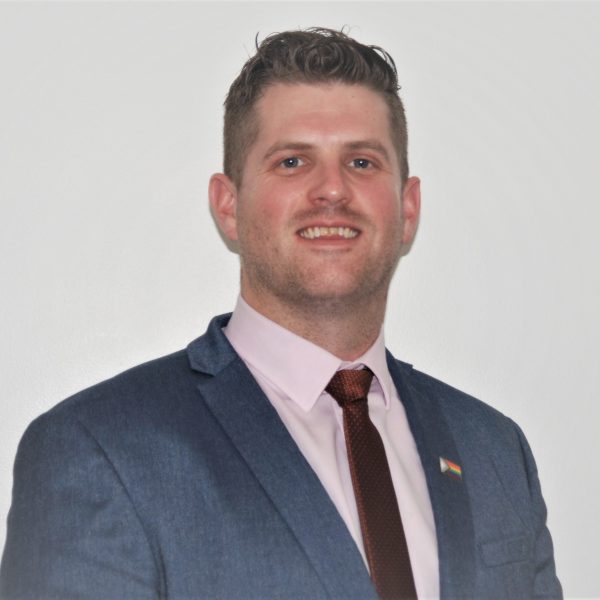 Director of Finance and Operations

I was born in Milton Keynes, and grew up locally in South Northamptonshire with teachers for parents, so I am finally following in their footsteps and joining the education sector!

I studied Music at University of Liverpool and then started my graduate career with Marks and Spencer as a Commercial Manager, then later as a Store Manager. I then developed my Store Manager career further moving to Lidl, an exciting time with the fast pace of company growth and new store openings. Prior to finishing University, I worked for Whitbread and Mitchells & Butlers which gave me great experience in the hospitality sector, and my first leadership opportunities.

I’m excited to be able to bring some of my commercial experience to Northampton High School and look forward to being able to lead the support functions that are not only the nuts and bolts of operating the school, but also form part of the wider educational experience the school offers.

In my spare time I’m a fitness instructor and I teach some group exercise classes. I live over in Milton Keynes with my partner Jonathan, and we both enjoy going to the theatre.