I’m Ruby, a dog agility lover! I have taken part in agility ever since I was three and have loved it ever since! I have run various dogs over the ten years I have done it; there is Luna, the dog I won at Crufts with; Wilf, who I also took to Crufts in 2020, who won and came 2nd; Meg – the first dog I ran; Fenn – the one who taught me everything I know to this day; Miley – my dog I’m training up, and River – my Nan’s latest dog that I also run, just to name a few.

I started as a three-year-old at my Nan’s training field (a.k.a her garden!). Three years later I was ready to go to my first show at Swindon, where I ran my Nan‘s first reliable dog called Meg. Meg wasn’t that easy to run however, she didn’t always do as you told her, but after running against many other adults, I won at my first show, in my very first class! Six year old me was ecstatic!

Agility takes many things. First off, you have to have exceptional stamina. If you can’t keep up with the dog, you simply can’t show them where to go, and when they don’t know where to go, they question and hesitate, resulting in faults or even an elimination from the competition.

You also have to be very agile. You have to not only be able to change directions extremely quickly to pull off all of the special movements – like spinning on the spot – but also be able to think on your feet. Sometimes there is no telling where the dog will go and you have to be there to pull them off the wrong obstacle!

How common is it and how can I get involved?

Agility isn’t very common at all. Out of the three schools I’ve been to, not one student has been involved in it except me. However, with some quick research, you will be able to find some local clubs. It is best to start young, both dog and handler, as you have to teach agility ‘foundations’ from day 1 to the puppy. It is worth remembering, however, that they cannot do the big obstacles until their bones are fully developed when they are about a year old.

Agility is where a dog is taught to take obstacles to complete a course. They have to jump over hurdles, weave in and out of weave poles, run through 4-6m long tunnels, get contacts, which is where dogs take a piece of apparatus like a seesaw, the Dog Walk (3 tall planks connected so that there is an up plank, across plank and down plank) and finally an A-frame.

The hard bit is showing the dogs the correct way around a course! If a dog doesn’t touch a certain part of a contact, they get 5 faults. The faulting system is similar to that of a equestrian show jumping event. You can be disqualified – because you either have too many faults, or have gone the wrong way – resulting in what we call an elimination. You can see how complicated it is!

Where I am now:

I have come on so much since that very first show, and I have earned over 100 rosettes and 9 trophies! With my Nan’s second dog Fenn, (the Collie pocket-rocket who is extremely fast and unpredictable) I have earned about 20-30 rosettes, and since other older people have seen me doing so well, they have let me run their dogs!

In 2019, my Nan’s trainer invited me to run her dog and try to get into Crufts – the largest dog show in the world. People from all over the world gather at the NEC in Birmingham to attend this show. I managed to qualify with him and at Crufts; I came 2nd which qualified me to run in the main ring against under 18s who train every week, who, compared to me, have had hundreds more lessons and a lot more experience; however, despite this, in my age category I won! Alongside this achievement, I qualified with Luna, a friend’s dog with whom I also won!

My parents soon saw that I was good enough to get my own dog, and I was lucky enough to be blessed with an easy-to-train dog who was very competitive; she is one of the fastest dogs I know! Since getting her, I qualified for the Starters Cup, and the Grand Finals which were during the October half term 2021. She qualified for two classes there, due to her placing in the Junior League (3rd). I am very proud of what I’ve done, with very few lessons.

I qualified for the Grand Finals in around June at Miley’s first show. The class she qualified for was SWAG Beginners Steeplechase. Later in the year, I found out that I was also eligible for the Junior Masters with my Nan’s dog and also Miley.

I collected my Grand Finals jumper and then did my run. Miley got a clear round in the SWAG Steeplechase Semi-final and came in the top ten, so qualified for the final later that day. In the Final, she did an amazing run and came 2nd overall! 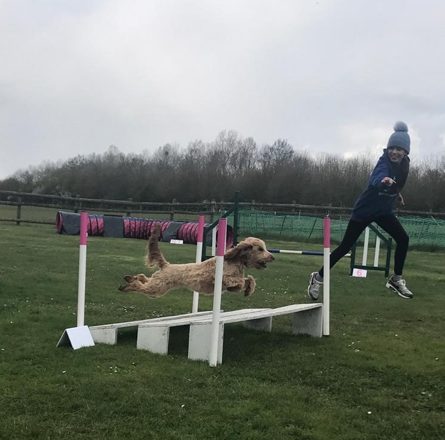 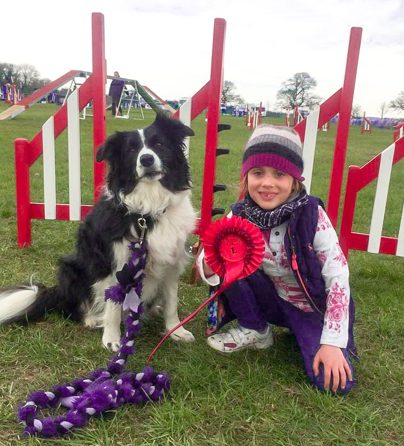 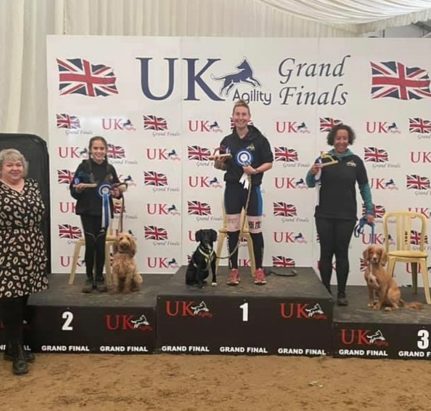 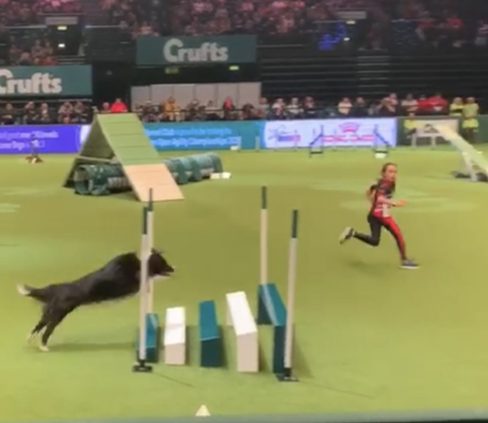 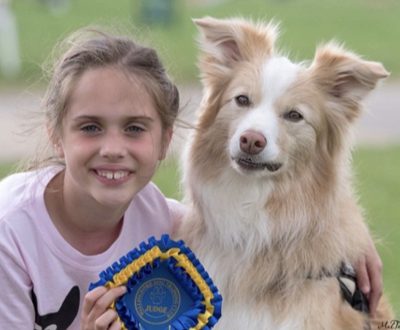 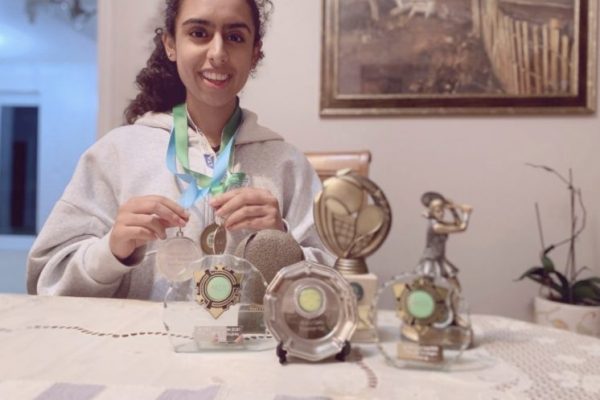 In the next chapter of our ‘Spotlight on Sport’ series, we talk to Eliza and learn all about her journey…

Raise Her Up – Empowered: living your life with passion and purpose

In this week’s edition of the #RaiseHerUp podcast, we are joined by Vee Kativhu to talk on the subject of…

The series continues this month with ‘Relationships and sex education: The new curriculum’ on Thursday 13 January

Raise Her Up – Writing your way through anxiety

In episode 10 of ‘Raise Her Up’, we are joined by journalist and writer Harriet Walker 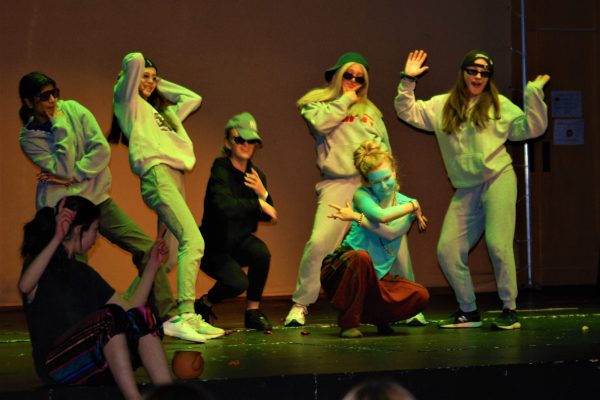 The customary Christmas tradition saw Artemis, Demeter, Hestia and Selene battle it out for the trophy! 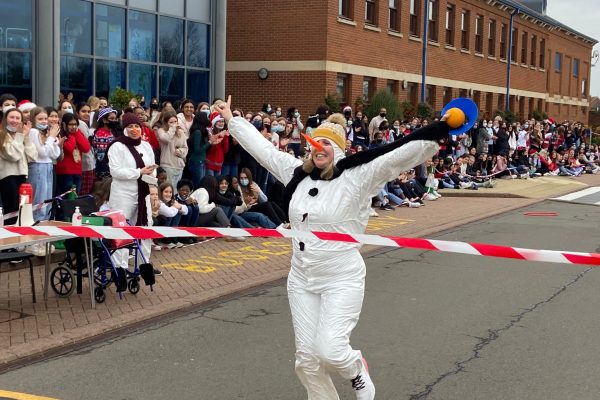 Staff and students battle it out in the annual event, in aid of Cynthia Spencer Hospice 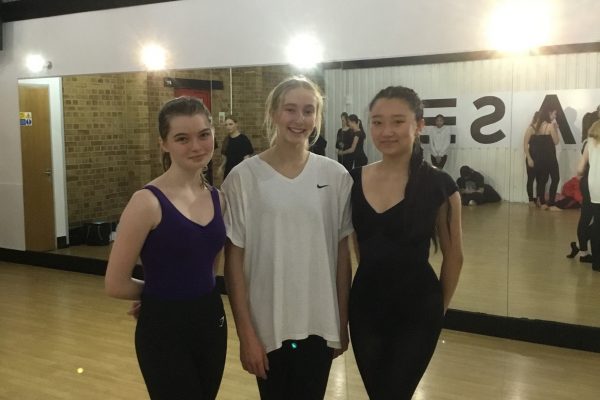 The annual event was held at Base Studios London 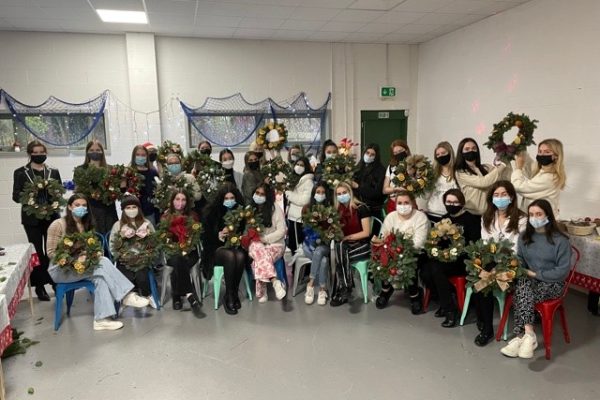 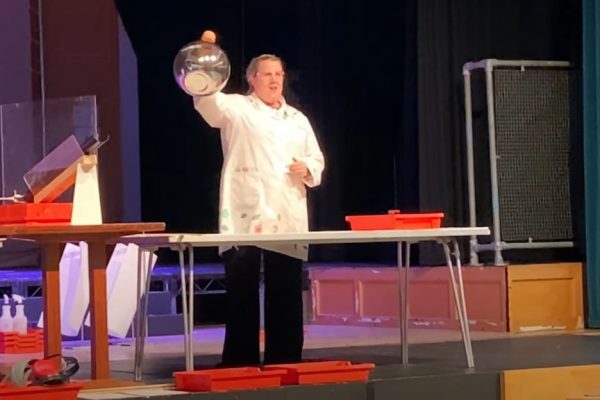 The feature Christmas event returned to the live stage this year, as Mrs Hodgetts-Tate and Mr Turney put on a…