On Tuesday 2 April, the 6.1 Physicists and Mrs Battams visited Warwick University for a Particle Physics Masterclass.

Firstly, students had two lectures from current Particle Physics PhD students. It was exciting to hear about the cutting-edge research going on and the involvement that our speaker had as a student. We learnt about the standard model with the 17 fundamental particles (6 quarks, 6 leptons and 5 bosons) and the discovery of the Higgs Boson in 2012. We learnt about the current areas of research in Particle Physics aiming to answer questions such as, ‘Why is there more matter than antimatter in the universe?’ ‘How can neutrinos change flavour (between electron, tauon and muon neutrinos)?’ and ‘What are dark energy and dark matter?’

During lunch students talked to PhD students and lecturers, including the Head of the Particle Physics department who tried to answer some  questions, such as, ‘Why do neutrons exist in a seemingly stable state in the nucleus when we would expect to see them decay in just 885.7 seconds?’

The day culminated with a live link to Particle Physicist at Cern and other centres around the world. We all shared our value for the lifetime of the D0 meson and watched as the results were all pulled together. We saw Alexa’s results being shared across the world! The Particle Physics Professor at Cern took our questions and Ellie did us proud by asking which hadrons are used in the LHC (the answer: Protons as they contain a lot of mass and energy, are stable and cheap!). A Cern Engineer gave us a tour of the LHC and we were astounded by the engineering involved in the collider: the biggest machine in the world!  Finally, we all took part in a Particle Physics Quiz. Mrs Battams’ competitive nature kicked in and she was very disappointed when our very own Rena beat her and won with 100% correct.

This was an inspiring trip which was enjoyed by all. 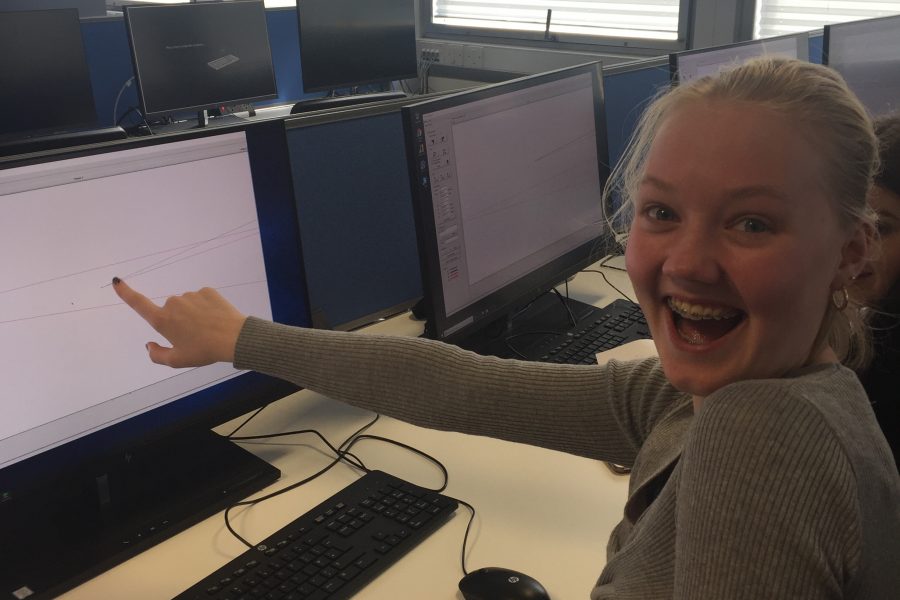 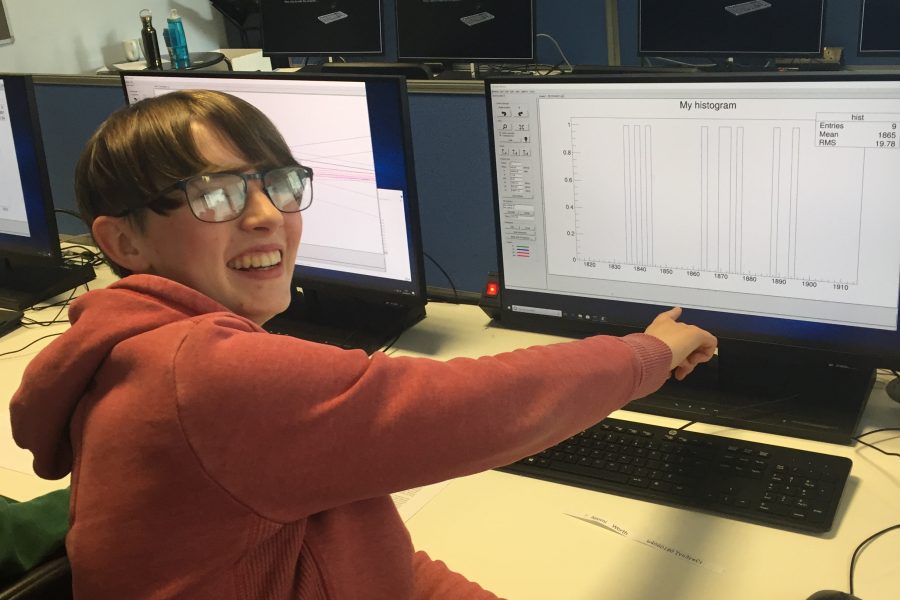 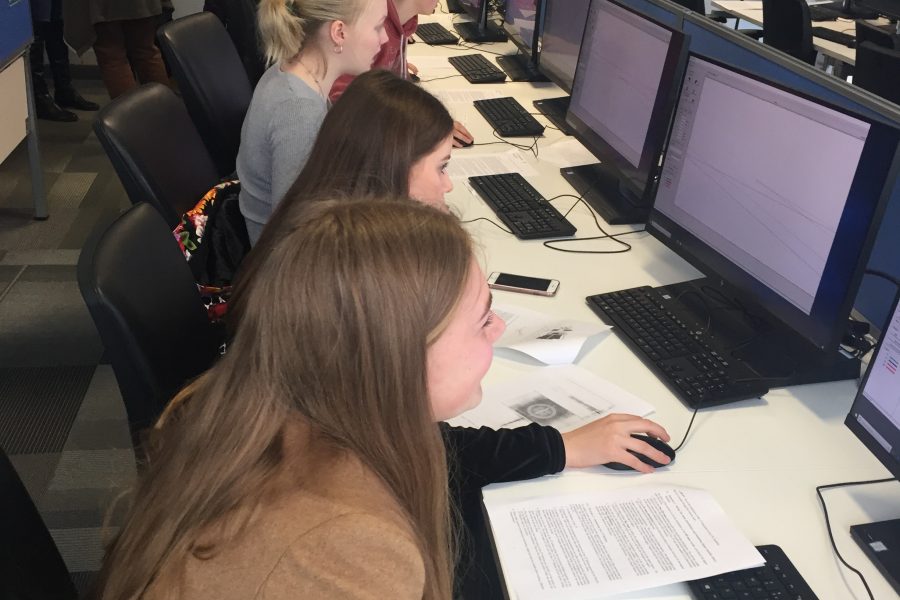