This year for British Science week the theme was journeys, a brilliant broad theme for all to get involved in and enjoy.  The week started with an assembly in the Senior School led by Mrs Hodgetts-Tate, which described her journey from Nursery to teaching at the High School today. Lots of very cute baby pictures featured, alongside the message that your journey will take many twists and turns and that change in your journey is ok.

All through the week, both in Senior and Junior School, there have been lots of Science lessons, in addition to the normal Science curriculum. In Nursery, girls read the Hungry Caterpillar book with Mrs Waters, and then painted with fruit and vegetables the journey that the caterpillar took from caterpillar to beautiful butterfly. Reception also read the Hungry Caterpillar, and used their maths skills to safely chop fruit in halves to then make their painted journey from caterpillar to butterfly. Mrs H-T had a great time making her fruit stamp journey with the girls.

In Years 1 and 2, girls learned about the story of Bart and Biff, who couldn’t be seen on their way home from school, so had to make themselves some reflective t-shirts. Mr Rickman even got involved making his very own t-shirt for Bart! The girls thoroughly enjoyed this activity and got to take their t-shirts home with them too.

Year 3 and 4 students got to experiment with the journey of liquids and they, along with Mrs Dadge, Miss Taylor and Mrs H-T, had a great time planning their practical, making a prediction and timing the gloopiness of the different liquids.

Year 5 studied rockets and lunar rovers. The students, along with Mrs Shaw, Mrs Brandon-Jones and Mrs H-T, were based in the Junior School Science Lab and made Alkaseltzer rockets and little Mars landers.  The girls had a blast with the Alkaseltzer rockets and learned all about the importance of effervescence in the journey to the moon. The lunar landers the girls made were fantastic, and I am sure NASA will be getting in touch soon to see their plans!

Alongside the assemblies in Senior School, there have been talks from environmental engineers, and trips to science workplaces and universities. 6.2 enjoyed a trip to Scott Bader in Wollaston, where they tested properties of polymers such as viscosity and pH, and were able to make their own polymers in an industrial lab. The also spoke to recent Chemistry graduates about studying at university, and about the recent PhD that one graduate had undertaken. The students were also able to see lots of spectroscopy techniques, that they learn as part of the syllabus, but in a real life setting. 6.1 had a trip to University of Leicester’s Brain Awareness day, where the students were on campus learning about brain studies, and how their brain functions on a daily basis.

Years 7 and 8 had a Chemistry lesson that allowed them to explore further the theory of separation by extracting limonene from orange peel, using an A Level Chemistry method. Science Club also had a series of experiments showing the journey from element to compound.

In Year 9, Physics lessons were due to launch some rockets, but due to storm Gareth we had to change plans to research the latest series of rockets and lunar landers. A good discussion was held on the pros and cons of the lunar landers and our journey further into space.

In Year 10 Biology lessons, students learned about the journey into the nucleus and made models of parts of the nucleus. They then presented these models to either another class in Year 10, or in some cases, Year 11. Year 11 found this very useful as revision and the Year 10 models were fantastic.

We rounded off the week in Senior School with a guest appearance in assembly from Dmitri Mendeleev riding his bike around the assembly hall.  Maybe the link was tenuous, but the image is memorable.

We have had an excellent week of extra Science and fantastic opportunities for the students at Northampton High School to start or continue their STEM journey. 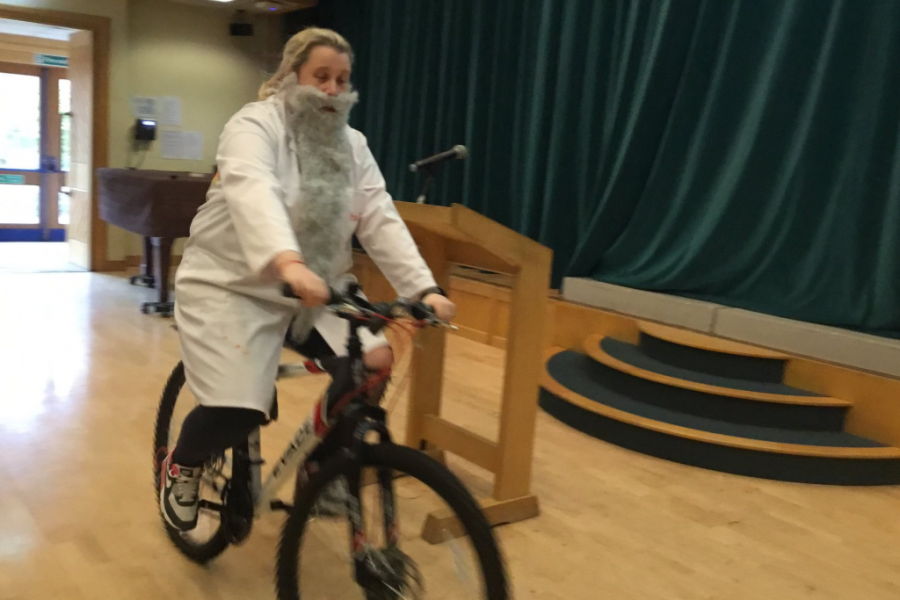 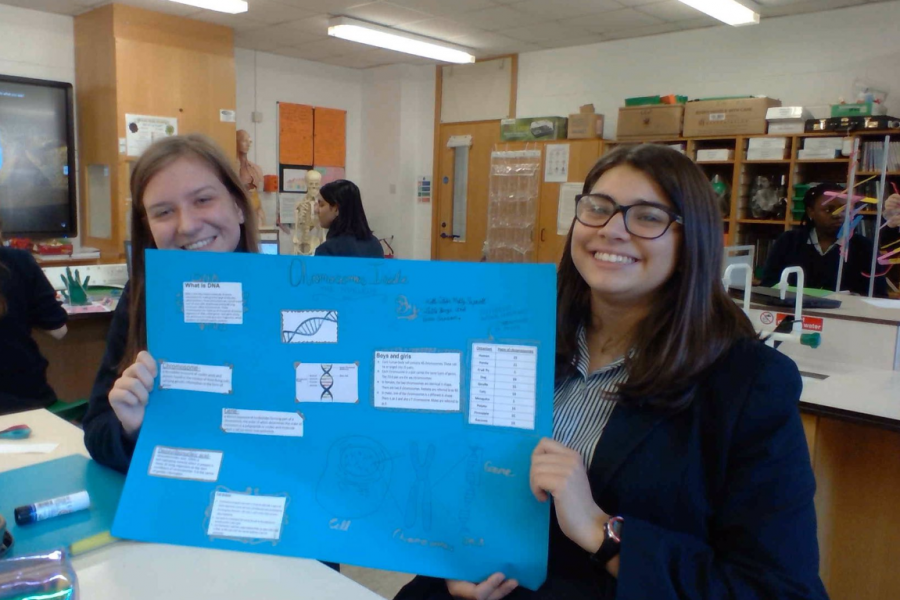 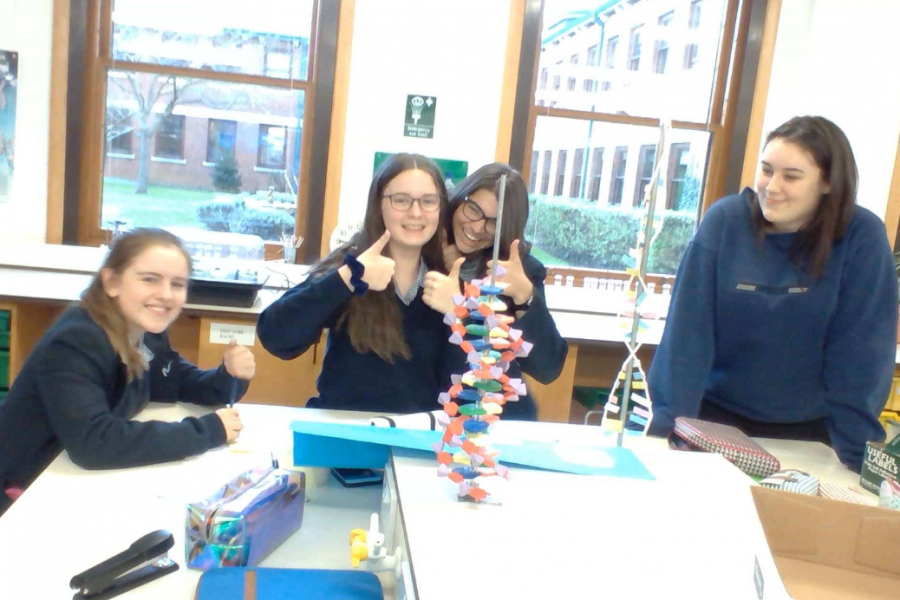 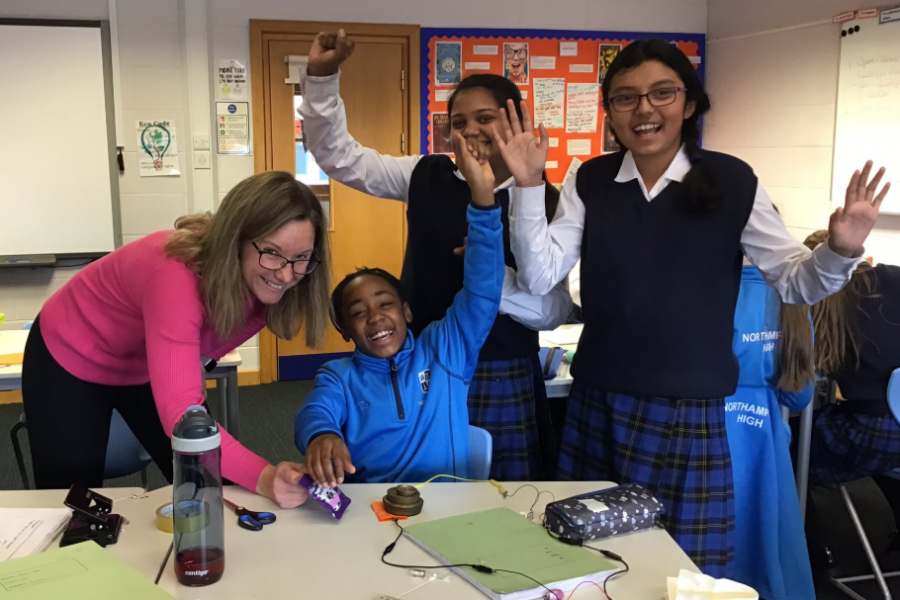 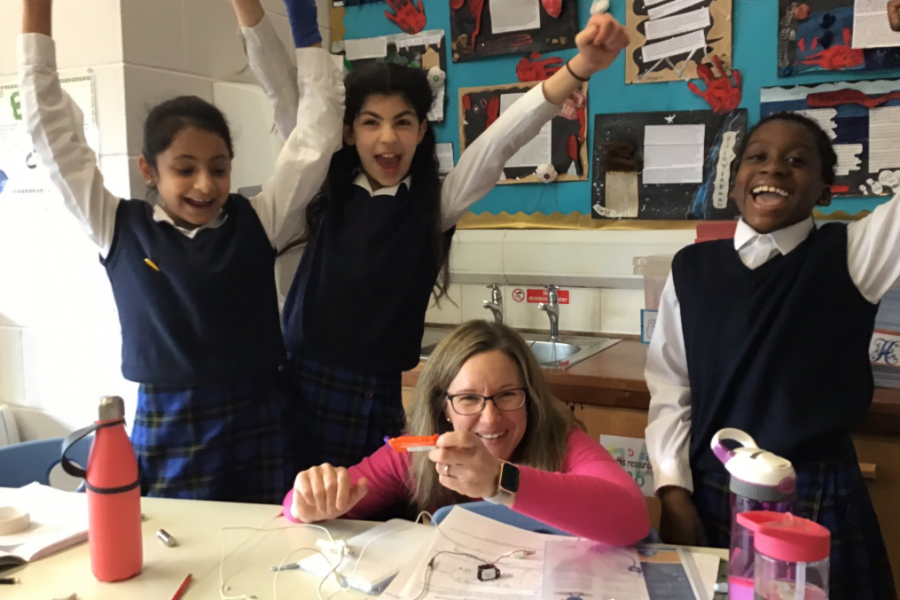 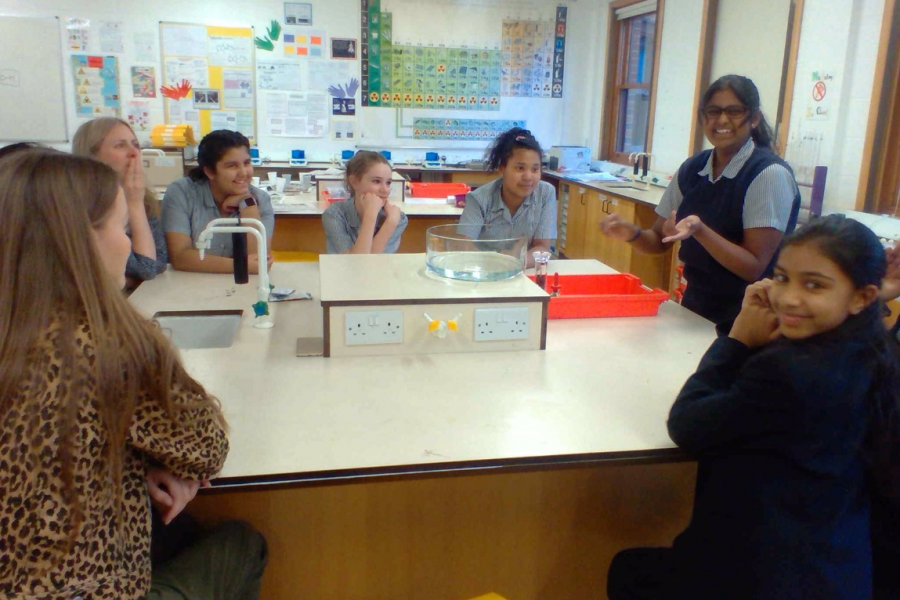 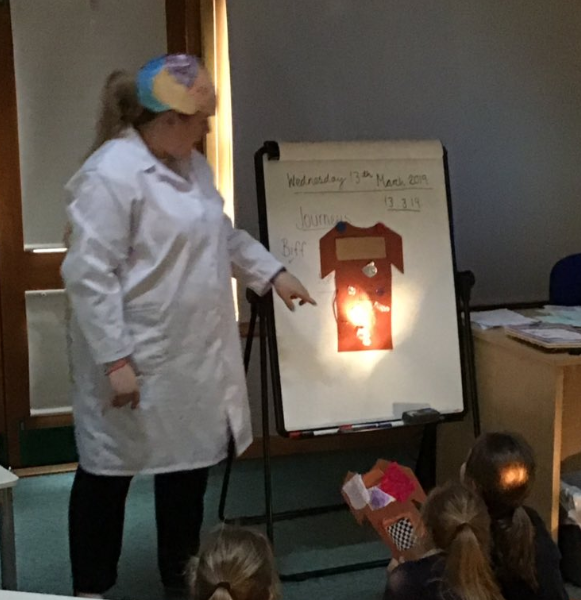 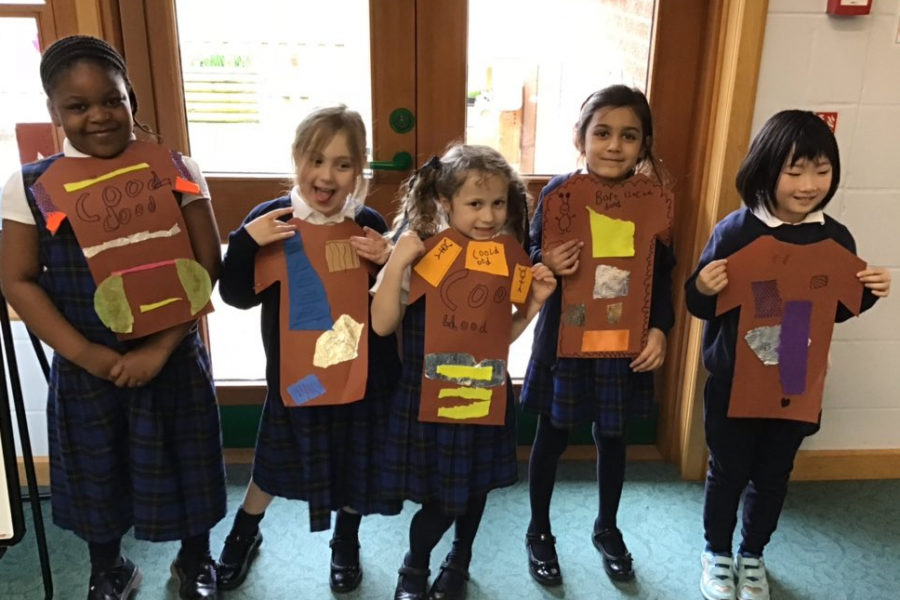 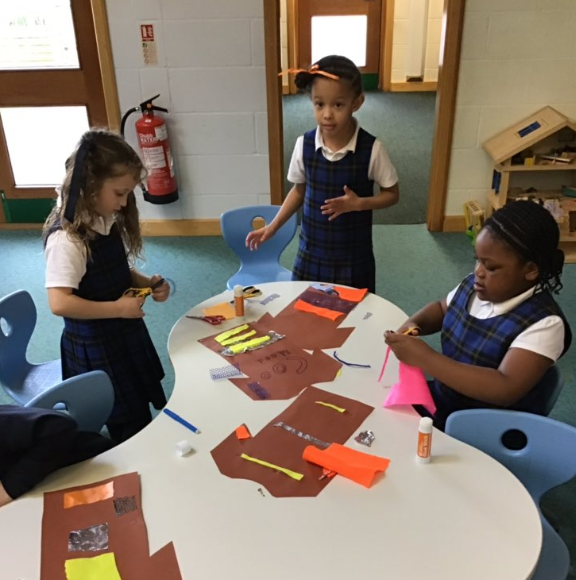 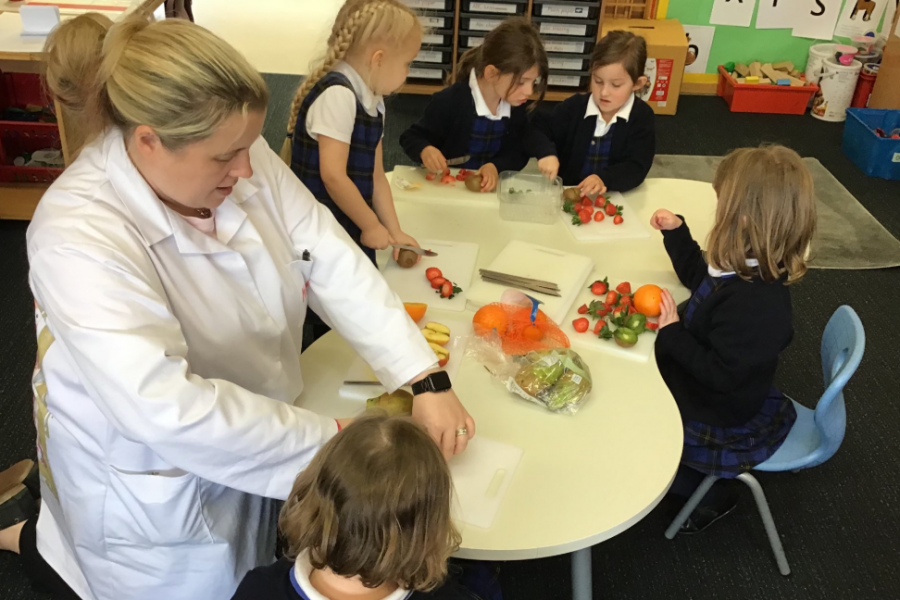 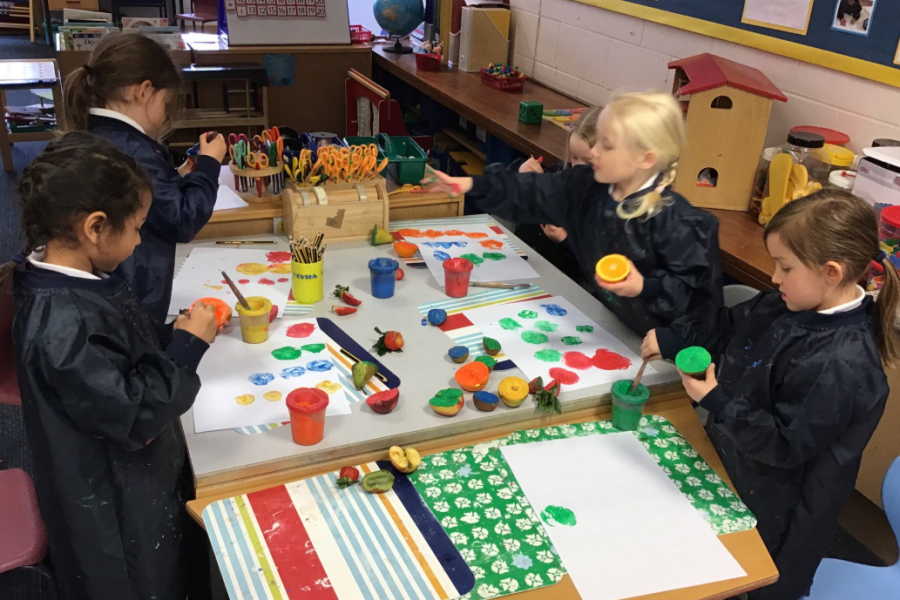 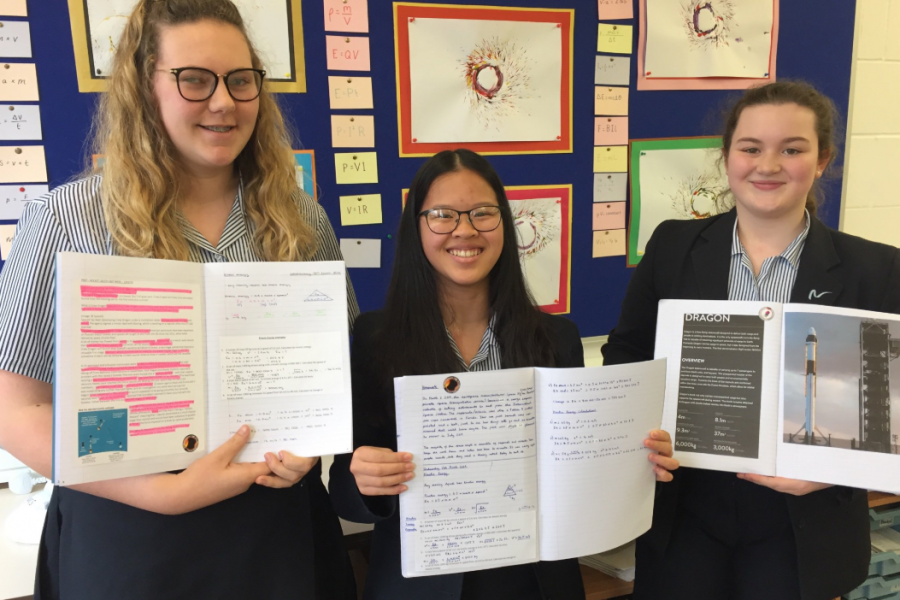 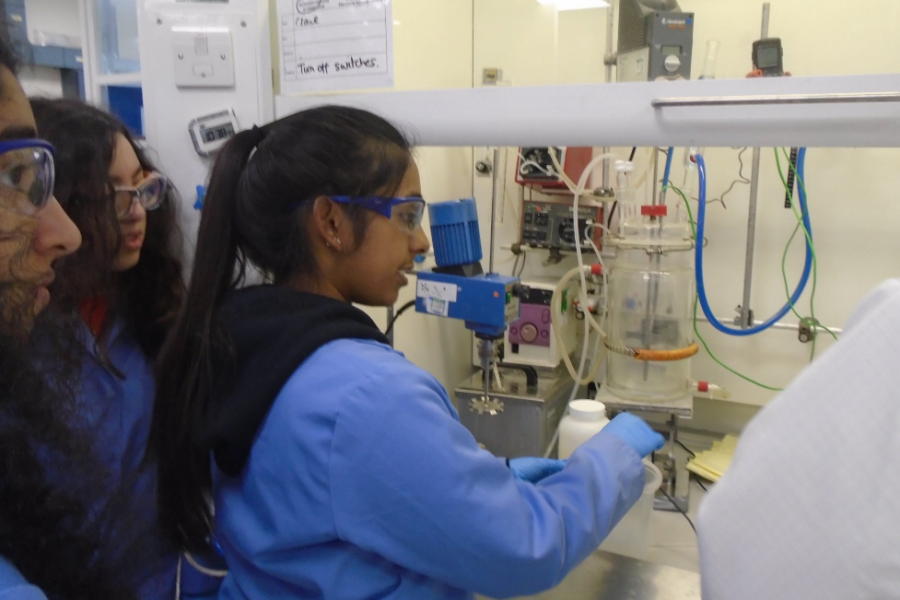 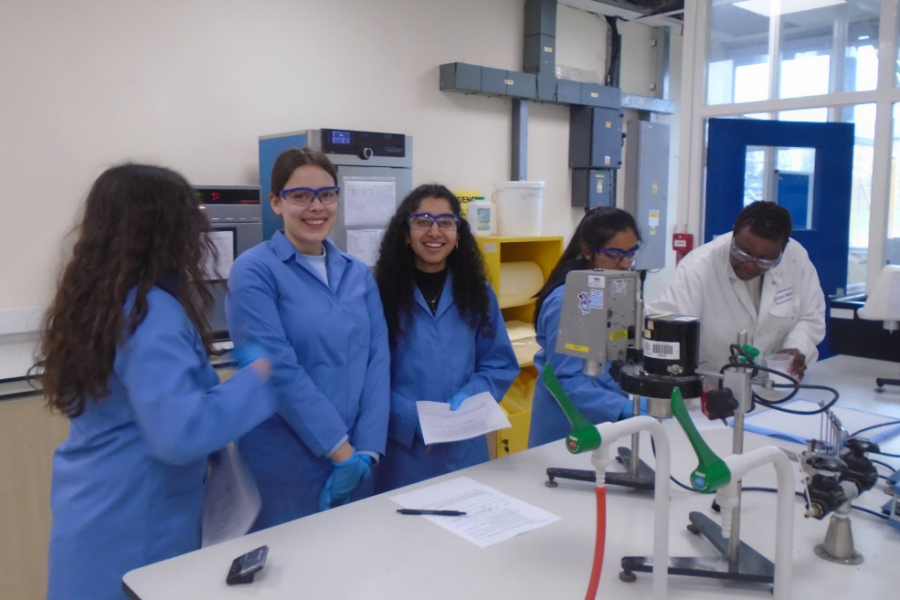 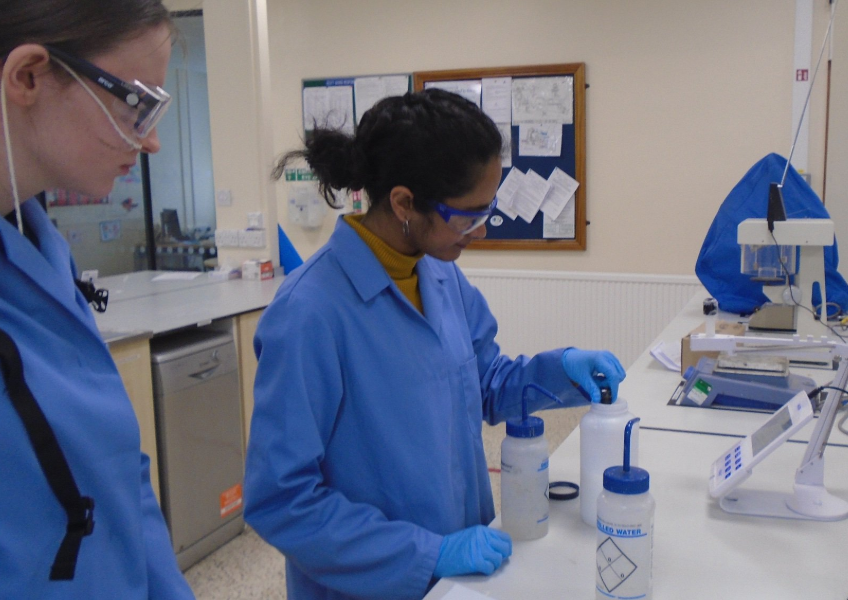 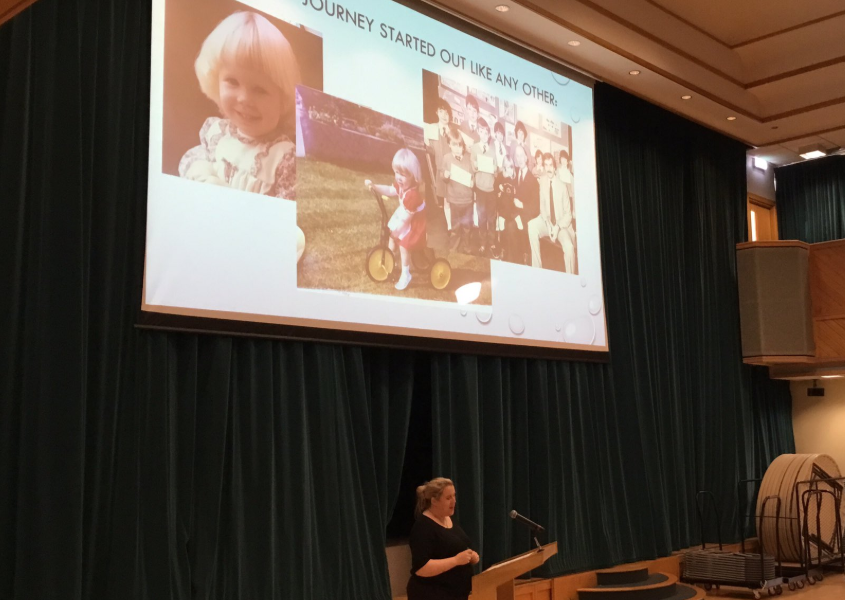 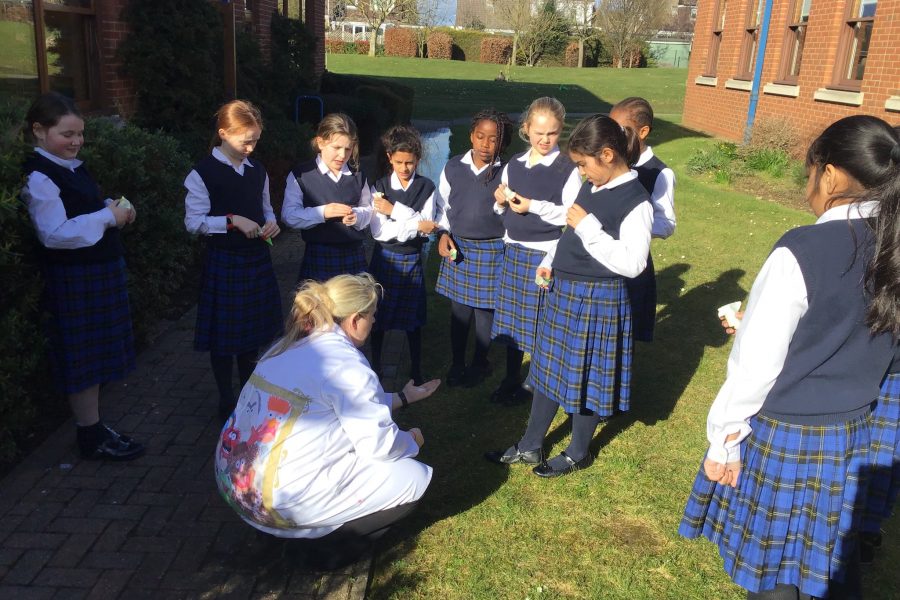 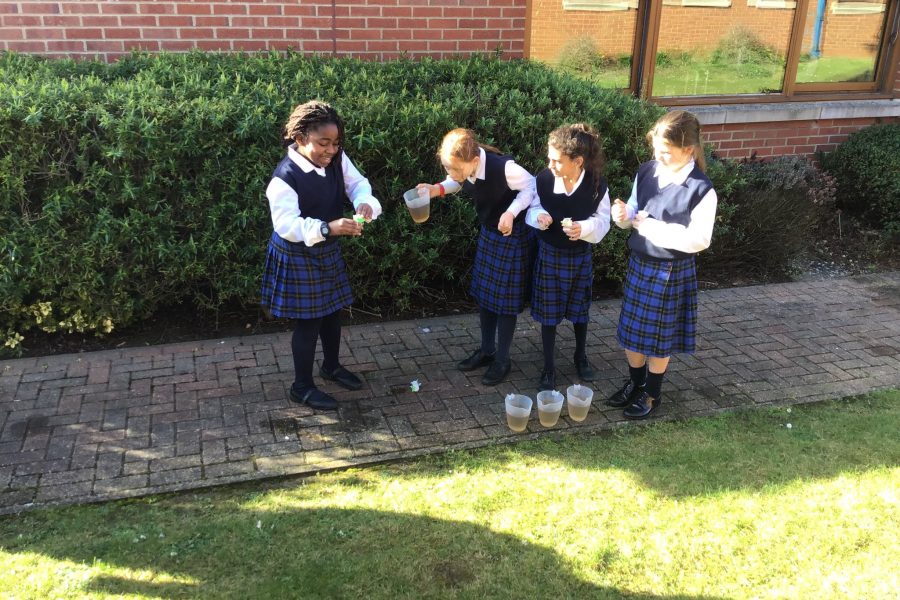 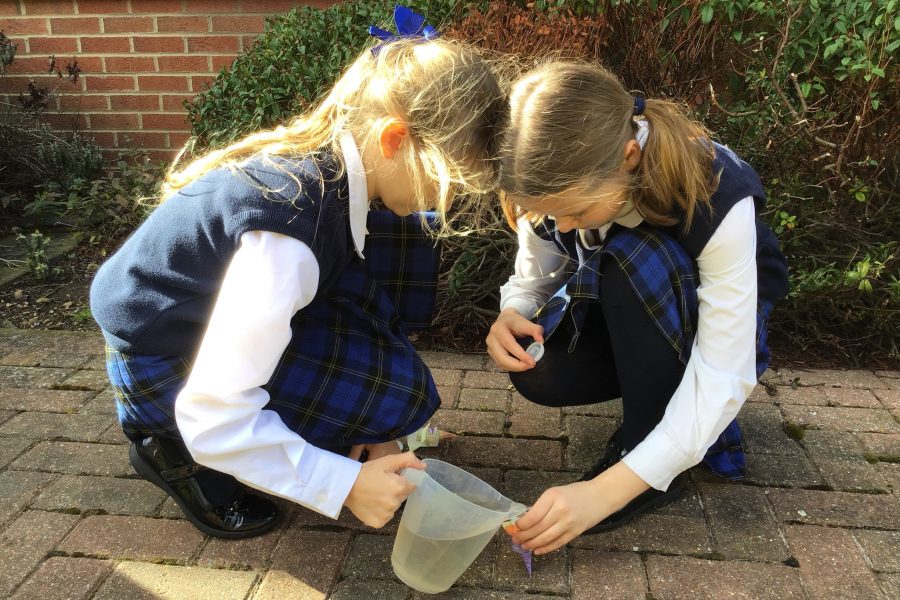 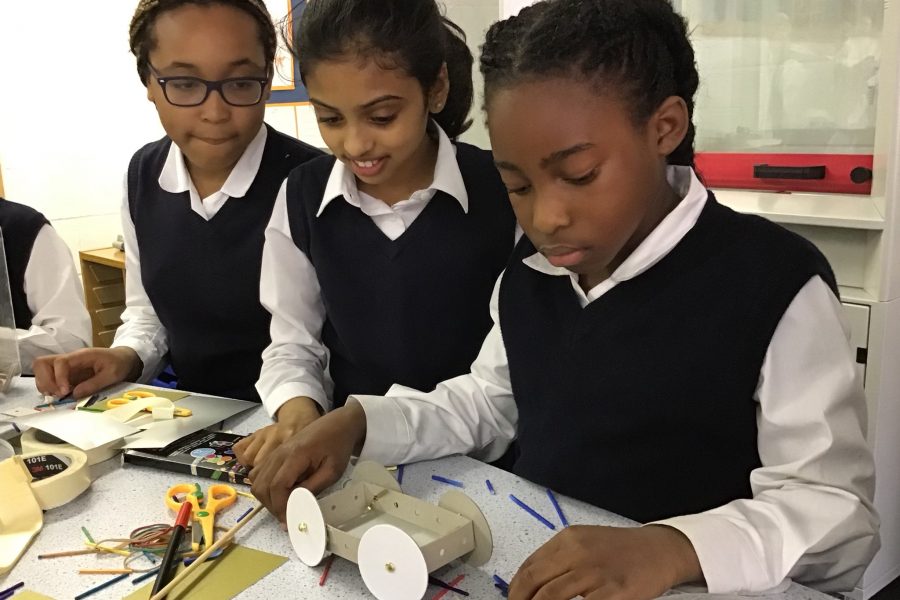 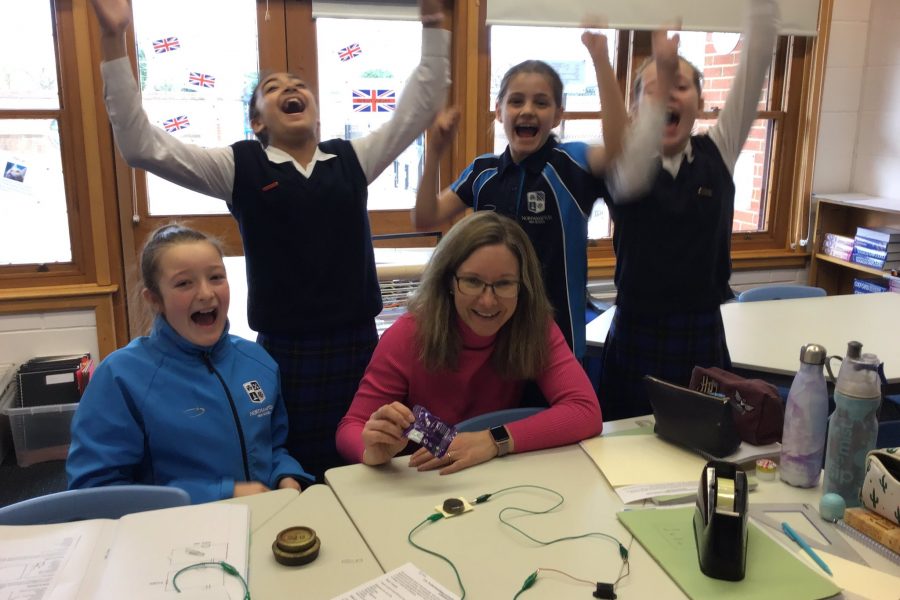