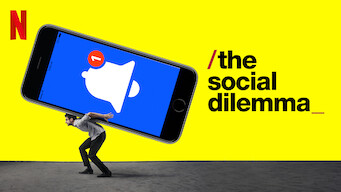 Prompted by a number of parent recommendations and lured by it racing up the Netflix charts, I finally caught up with some of The Social Dilemma last weekend and it offered rather more food for thought than I anticipated.

I hold my hand up here – I am a social media user. But I am also way behind some of our Senior School pupils; I cannot get to grips with media-rich social platforms such as Instagram and Snapchat and I believe the official term for most of my Facebook use is ‘lurking’ (that and shouting at the ridiculous posts on my local Facebook page). But enough about my own use. Suffice to leave it here that I think social media platforms can be a fantastic tool to connect people young and old and conduct citizen science research. And I also think they can be insidious timewasting wormholes, twisting reality and taking young people into black holes filled with worrying misinformation.

The latter of my opinions above is where we meet The Social Dilemma, directed by Jeff Orlowski who is well known for his films about environmental disasters.  Are we suggesting that Social Media is the new disaster waiting to engulf society?  It is presented in what is described by Professor Mary Aiken  as a ‘documentary drama hybrid’ and contains numerous interviews with former employees of various social media companies, who have apparently ‘now converted on some Internet superhighway to Damascus’ (ibid). Yet, despite the high drama and the stark warnings, which one could call out as hypocritical when delivered by these former silicon valley employees, there is something unsettling about watching this series.

The adult me understood the warning about usage of personal data, for example, but I know that teenagers do not generally understand fully what this could mean in terms of the post, information, photos and personal information they willingly share in what they think are closed environments.

My reflections went somewhat deeper than this though and considered the wave of mixed-messages given out by various organisations recently about how dangerous social media is.  The Department of Culture, Media and Sport recently published a white paper  following a consultation about online harms and is possibly as good as we have at the moment. The consensus here being that more research is needed to understand the potential harms.  A quick search online shows the numerous reports giving conflicting conclusions about whether social media causes increased self-harm, anxiety, depression and confusion amongst young people or not.

So where does this leave parents, educators and most importantly young people? Well firstly, I am certain that it is counterproductive for us to demonise mobile devices and social media apps. By doing so, we risk alienating young people who will dismiss our opinions as outdated and uninformed (‘you don’t even use TikTok do you Miss?’!). But we do need to remember that, as with all other aspects of life, our jobs as parents and educators is to guide young people and set clear boundaries.  It is not an easy task but in school we openly talk about social media use, what the good points are and how to protect themselves from the various different dangers that can lurk, including the unrealistic views of perfection that can be found.  Parents can certainly set limits on social media use by restricting app purchases or screen time.  But I would suggest that it is best not to fall into the trap of thinking that banning things is the best way to keep young people safe. Childnet  advise that a Family Agreement on mobile device use is a great tool – and that means agreements for parents too! Certainly, I know a number of families already successfully make use of a set ‘family meeting’ time each week where everyone switches devices off and talks about all sorts of things, including use of devices and what is happening online.  By bringing things out into the open, in a non-judgemental way, you can perhaps help your child to solve the social dilemma.

Parents may find this video of interest. It is part of a series we will be using with older students as part of our ongoing online self-awareness session.